STRESS AND THE PERFORMANCE DOG – MCZ 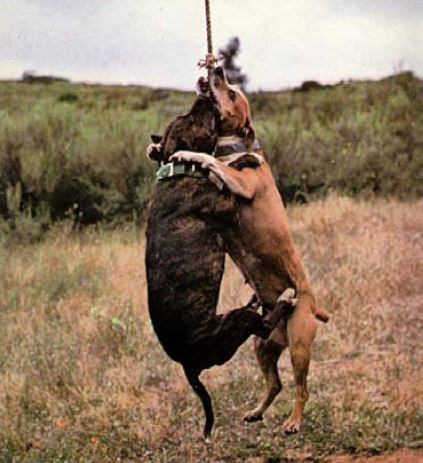 STRESS AND THE PERFORMANCE DOG

Our understanding of stress and its effects on health and performance is only in its infancy in humans. Even less is understood about stress in dogs. One definition of stress is that it is a response (positive or negative) to environmental influences. Examples of things that cause stress in humans include major life events such as a death in the family, marriage, divorce, moving to a new house, and beginning a new job.

Wolves live in a well-defined physical and social environment. They have a territory which is marked out and guarded from encroachment by competitors. The wolves roam outside of this area to hunt but always return to the safety of these boundaries. In addition, each wolf knows where it stands within the hierarchy of the pack — which members of the pack are deemed superior and which are not. The physical and social environment of a performance dog, however, is constantly changing. Our dogs travel by car or plane, visit new locations frequently, and some — especially those that are sent out with handlers must cope with constant changes in their
human and canine associates. After all of this, they are asked to stand proudly in the conformation ring, to tread water and concentrate on a handler giving hand signals 100 yards away across a pond, or to discriminate the scent of their owner from that of a steward who has been munching on potato chips! Is it any wonder they feel stressed? For a dog to cope with these changes and still perform at its peak, takes a flexibility and strength of temperament we often do not appreciate.

As trainers and handlers, we are frequently responsible for increasing the stress which our dogs experience during performance. Our own stress, expressed in body language such as tension, repetitive motions, and a change in the tone of the voice, is easily detected in dogs, who are experts in subtle body language. Our dogs, who are our companions during the other days of the week, are confused by the change in our behavior and this increases their own stress level. Illness, no matter how mild, also creates stress in an animal. Chronic illness is particularly stressful in dogs and is the reason that dogs with degenerative joint disease may be irritable and may even bite humans who make friendly overtures.

The body responds to stress both biochemically and neurologically, and these responses affect the immune system as well as the cardiovascular, respiratory, and gastrointestinal systems. One of the main physiological responses to stress is the release of endogenous (produced within the body) glucocorticoids. Because these steroids are produced by the body during stress, they are often referred to as stress hormones. (Glucocorticoids are not the same as Anabolic steroids, which are used, without justification, as ergogenic aids.) Steroids affect virtually every cell in the body. They help the liver to produce more glucose, which is secreted into the blood to supply increased nutrients in the form of energy to the cells of the body. Steroids cause vasoconstriction, constricting the blood vessels of the skin. This permits the available blood to be redistributed to other areas, such as the brain and the muscles, where it may be needed more. Steroids increase the dog’s appetite and induce an over-all feeling of well-being. All of these functions can be important in the body’s ability to respond to stress.

Steroids, however, can also lower the body’s defenses against disease. An example of stress-induced disease in humans is cold sores. These annoying lesions are caused by a virus which, under normal conditions, lies dormant within the nerves supplying the face. If a person is stressed, endogenous steroids are released, lowering the body’s defenses and allowing the virus to replicate and damage the skin of the lips. In dogs, stress can increase both susceptibility to infections and the severity of clinical disease due to infectious agents.

Stressful situations also induce a neurological response, orchestrated by the sympathetic arm of the autonomic nervous system. The sympathetic nerves, working in conjunction with adrenalin secreted from the adrenal glands, cause a variety of physiological changes in the body, including shifts in blood flow, changes in brain activity, and increased muscular strength. At the molecular level, emotions are created by biochemical events within the brain. Whenever nerves transmit messages from one area of the brain to another, chemical substances, called neurotransmitters, are released. These substances can create the full range of psychological effects such as happiness, fear, tension, and many other emotions. The release of these biochemical messages is partly responsible for the feeling of stress. However, the study of the effects of these biochemical messengers is only in its infancy, and we have much to learn about how they work before we can devise means by which to modulate their effects.

Humans frequently respond to stress by becoming tired. The same physiological responses occur in stressed dogs. However, a tired dog just doesn’t look like it should in the ring. A tired dog cannot concentrate on its
performance. There are many abnormal behaviors that are thought to be at least partly a reflection of stress in dogs. These include self-mutilation, especially excessive licking and biting on the legs, sucking on the flank, repeated champing of the jaws, and tail chasing (in some dogs). Other unwanted behaviors associated with stress include marking, roaming, repetitive barking, destruction of property, and aggression. These are all ways in which dogs exteriorize inner tensions or stress.  In human athletes, stress is associated with an increased incidence of injury during athletic events. Presumably, the same principle applies to dogs. In addition, the endogenous steroids released in a stressed animal can cause delayed healing after injury. There are a number of medical conditions which can be worsened by stress. Stress increases the likelihood of heatstroke, can increase the frequency and/or severity of seizures, and can induce a variety of gastrointestinal problems including salivation, vomiting, and diarrhea.

Reducing Stress In The Performance Dog

Stress cannot be totally prevented, but there are many things that can be done to ensure that a dog does not have exaggerated responses to environmental changes. Picking a puppy or adult with confidence in itself will go a long way towards preventing stress. A puppy should be exposed to as many experiences as possible while it is young. Guide Dogs for the Blind has determined that dogs that are brought up in a family and exposed to many new situations in their lives make better dog guides than those brought up in kennels. Dogs that are nervous when first exposed to new situations should be encouraged, not coddled. This will help them to be more bold and to investigate the unknown, rather than back off from the unfamiliar. Human athletes suffering from staleness associated with long-term training or competition may have insomnia, decreased libido, decreased appetites, weight loss, and many of the signs of depression. Similar signs can be recognized in dogs that have been stressed by an intensive training or show schedule. Treatment involves rest, a reduced and varied training load, and play.

Dogs should be kept at a correct and constant body weight and should be given regular exercise. Exercise causes the release of mood-elevating neurotransmitters in the brain. Be sure that your dog is kept on a regular schedule, especially during the performance season. Dogs thrive on routine, and a regular schedule of feeding and exercise can do much to relieve stress in a dog. From the time a dog attends its first performance event, every effort should be made to create a positive impression of these outings. This takes time and forethought. Dogs should be groomed and played with and talked to while at the show site.

Performance dogs should also be given some sort of routine, if possible, on show days. For example, the dog might be given a special toy which it associates with fun times. Sometimes a dog will develop its own routine. Probably the best, and most underused, prevention against stress is the use of play. Play with your dog when training, before and during competition, and in between time, just for fun. Play teaches dogs adaptive flexibility the ability to accommodate to changes in their lives and environment.

Dogs differ individually in their responses to stress. When bringing multiple dogs to a performance event, it is easy to forget that  individual may need special attention to relax. It is important that you work on controlling your own nervousness and excitement and give quality time to each dog. Most of all, before you begin the competition, talk quietly to your dog and tell him how great he is. Tell him (and mean it) that your relationship with him and the great stuff you do together during the rest of the week are so much more important that what happens in the next few minutes. Because it’s true.