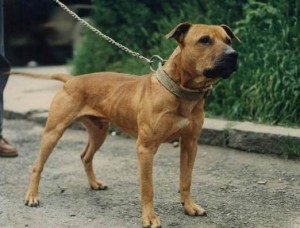 YANKEE was the first “star” of our great Balkan pit dog history and the first dog for Slobodan Samardzic – Boban, foudner of Yankee Kennels. YANKEE was from pure inbred Country Boys line, based on inbred SNOOTY blood, with tough of Eli/Boomerang. YANKEE’s sire was Ljubomir’s THOR who lost to Krkeljic’s CH. YELLOW TOM in the first contracted pit bull match in this country.

YANKEE was a superior hardmouthed dog with a dangerous style, a chest dog. He showed his great power in an “off the chain” match when he was only 12 months old. His opponent was Gule’s TYSON (high priced 2W imported from the States) and YANKEE killed him right there in the pit, after only 8 min! No need to mention here that TYSON was the favorite dog before that match. He was a son of Hargrove’s RUFUS 6W and Brewer’s SUSIE.

Anyway, YANKEE won 2 official matches before his great match against Komany’s CH. GIROUX. YANKEE was 7 years old in that match. He alsojust came off a few years hiatus. GIROUX had a record of 2W and 1D at 2hr 45min against Trisic’s SPIKE 2W who was a younger brother of YANKEE. GIROUX won over YANKEE because of his great nose style after 1hr 08min. YANKEE was picked up and ran a very game scratch!

After that match YANKEE was retire and continued his stud career. Two years later, when YANKEE was 9 years old, he had a contracted match against MUGGS. MUGGS was imported from Ricky Jones of Rebel Kennels. There was an advertisement of Ricky in Sporting Dog Journal for MUGGS – “as good as GR. CH. SAMSON!” All dog people from Yugoslavia were expecting that match, YANKEE vs GR. CH. SAMSON II.

YANKEE showed us again why he is a living LEGEND! He almost killed his opponent in the ring, YANKEE broke MUGGS shoulder and he tried to jump over the wall! MUGGS was picked up and the match was over in barely 3 MINUTES! MUGGS was the hottest stud here before that match but after that nobody heard of him anymore. Finally, at 9 years of age YANKEE was an official Champion.

CH. YANKEE showed us that he was a great producer too. He was leading male on the YU Register Of Merit list. He sired many great dogs, but I will just mentione here dogs off him with a CH. Title: Bingo Kennel’s GR. CH. JOCKER 5W (won his 5th in 2hr 23min R.I.P., he is also the sire of Oaza’s CH. BILLY); Boban’s CH. ZINK 4W “Best In Show”, R.I.P.;Bingo Kennel’s CH. SHINA 3W (one of the best females in Europe and sister to GR. CH. JOCKER & CH. MIKE); Sandra’s CH. MIKE 3W (who, on his last match, won in 3hr 08min); Bingo Kennel’s CH. APOLLON a 4W 1L who was a double bred son of YANKEE (YANKEE x CH. SHINA), he lost his 5th to Bagdala Boys CH. LUCKY. 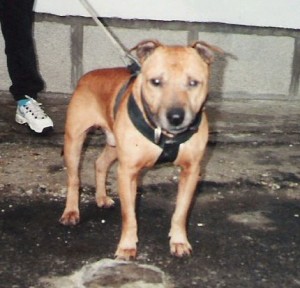