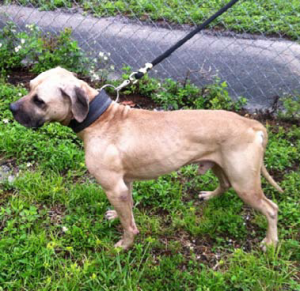 BUDA’s first was into a BOLIO bred dog called Julito’s BOLIO BOY and it was over in just 20 minutes. For number two he went into a one time winner owned by Hooch Kennels’ and again, it was over in short order after 30. BUDA’s Championship was into Ruff & Tuff’s two time winner and only took 40 to win. For number four, Airtight Kennels’ brought their one time winner, LIL SCRAPPY. After 35 minutes, BUDA was declared the winner.

For his Grand Championship, BUDA went into LBK’S Ch AVATAR who was a three time winner and a good game dog. AVATAR was probably the toughest opponent BUDA ever faced but still managed to win in 1:24. BUDA was shown and bred by SBK and his pedigree is peppered top and bottom with some of the greatest performers and producers.

So, let us dissect BUDA’s pedigree and take a closer look at the dogs behind it. BUDA was sired by SBK’s MAYKO 2 and out of SBK’S MITTENS. MAYKO 2 was bred by Latin Force Kennels and he was out of the multi time winner Latin Force Kennels’ Gr Ch BARRACUDA, a big 55-56 lbs. dog and Latin Force Kennels’ MISS 600. BARRACUDA was the Sporting Dog Journal’s selection as the Dog of the Year in 2002 and he was bred by Powerhouse Kennels from a basically Red Boy/Jocko bloodline being out of the legendary Southern Kennels’ Gr Ch MAYDAY ROM and Powerhouse Kennels’ YELLOW GIRL. MAYKO 2’s dam, MISS 600, was sired by Laz 187’s 600 and out of Ratliff’s OODLESS. Laz 187’s 600 was also sired by Southern Kennels’ Gr Ch MAYDAY ROM. Ratliff’s OODLESS was bred heavy on STP’s Gr Ch BUCK ROM being out of a brother to sister breeding by Ratliff’s TIVERTON and out of Ratliff’s BETTY. MAYKO 2’s littermates included, among others, Southern Kennels’ one time winner, JD, Latin Force Kennels’ MISS 650 and Latin Force Kennels’ TERMINATOR, who won his first over what was supposed to be a good dog just over 2 hours and lost one game in 2:04 into a Champion. BUDA’s dam, MITTENS, was sired by Bull Skull’s LIL MIKE and out of STP’s NELLIE, both of them sired by Hardcore Kennels’ CH BOZACK, who was out of Tant’s Gr Ch Yellow ROM and Hardcore Kennels’ BREAKER ROM. BOZAK was a littermate brother to the three time winner, Hardcore Kennels’ Ch Red Man. Bull Skull’s LIL MIKE’s dam, Floyd’s TRIXIE, was by Hall’s Gr Ch ANDY CAPP ROM and Floyd’s FLAUNCEY.

ANDY CAPP was bred by P. Singletary with the help of Ronald Boyles. Boyles had used some of the Patrick bloodline to create his own bloodline, and ANDY CAPP is a good example of the quality of that breeding. STP’s NELLIE’s dam, STP’s CLEAN MARY, was an absolute ace said by STP, but used for brood in which she produced very well, was out of the four time winner STP’s Ch BLACK PAZMANIAN ROM and Zebo’s CH CHINA GIRL, a talented bitch that also produced pretty good. Right now it’s BUDA’s turn to prove his value as a producer. He obviously has the genetic potential to do so!