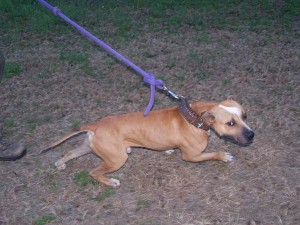 We got a call from our friends Loony tunes and Rumble from chi-town to breed to their Ella bitch from Killian and a bitch out of Ch Diablo Negro and Gr Ch Tina, 6 days out from our championship with our Sam 2xw son off of Machobuck which was going into Lefonze, we were hesitant but said if something happens we need the blood so we bred our Sam dog 3 days out one day before heading to Fl from H-town. As life would have it we won with a broken jaw, with one of the toughest jeep red boy dogs in the world and in first class shape, Sam’s jack hammer mouth saved us and definitively showed way gamer than we imagined. We forgot about the breeding and 15 months later after relocation abroad we spoke to our friends and they said “come get a pair of pups”, we picked Sam jr and Samantha.

Sam a brown and white Andy cap clone and Samantha a black bitch with white chest! We took Sam jr to Mr C’s ranch and tried starting him up and all he would do is bite the muzzle from the bottom but would not pop to the top against a bigger Chinaman dog 2xw so after ten minutes we took him off our dog and Surprisingly he bulleted across yet just took bottom and tortured the muzzle! We rolled some others and Sam raised hell! After the other rolls we went to healing up Sam and saw there was nothing wrong with him but the other dog’s muzzle was in pieces! We sat on him a month then got a call from our friends at DNK apparently they had been paid a forfeit 4 weeks into keep and wanted to do a show at 42 so called up for a dog for four weeks, we knew what time it was but said we cant get a better roll than 1500 to see if our dog is worth a shit plus Sam works like a horse, so we agreed that if Sam did not crank up there would be no match and were set for 4 weeks! They show up and are both on weight , On release Sam stays in corner and gets plummeted and dog goes and immediately breaks our shoulder but Sam pops up after abut 4 minutes and goes to eat the muzzle, We scratch our head when Sam starts dancing on the muzzle like a pro, then real fancy on the ear and never lets the dog touch him all the while taking shots at his throat the second he gives it up, at 20 DNK’s Sancho has no muzzle left and then we go deep, deep in the high kidneys, I said look at this little shit! Sancho made some amazing scratches but does not get picked up early enough and really got aced. Sam is so smart, too fast, and only hits the throat and high kidneys but does not let you touch him from muzzle and ears!! DNK can’t go at 55 Sam Jr. is a 1xw, We hook Sam for Mexico City against Destroyer Kennels but come in less than a 1/4 pound over and use Lil Crazy ass substitute coming off a win in Morelia two weeks prior and win in 25! Sam stays in training for Mexico city 6 weeks later for CH Diablo, We arrive in Queretaro for the 18 dog card on Saturday and take BIS with our now 2xw Zorro dog and then head 3 hours to Mexico City to show Sam into Diablo. 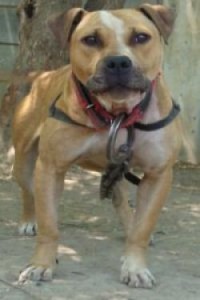 We are on weight and although a 35 hematocrit I decide to go for it and Diablo never gets his guns out of his holster and is choked out in his corner in less than 22 minutes and is picked up , I was really lucky he came out like he did , I guess he figured he had no recuperation and had to take care of it quickly as I am sure he would have lost if it went long as I had a bad blood count! Baja convention in TJ is only 6 weeks away so I decide to go into Ch Paqiao! A friend comes over to my ranch from TJ and notices all my dogs have stomachs like they are pregnant and I now realize why I am struggling with weight the mystery remains until 4th keep I realize Mexican water toxicity is just not potable for humans or dogs! Not knowing this I come half pound over and so does Ch Paquiao, Dogs meet in middle and Paqiao get Ace job, Sam stays fancy on ears and when Paquiao gets tired we fight for dear life in throat Sam has a great finish and Paqiao is half dead and half frustrated as he can not get in hold he stands at 1:05! Ch Sam is declared CH in TJ! Mexican convention is only 8 weeks out so I hook him for Mexico City and like Joe Dirt says keep on keeping on. We hook into CH Chato, as I am walking Sam out I see a 50 pound dog and I ask when he’s showing and he says he’s next. I say what do you mean what weight? He says 44 pounds! I look at my partner and tell him its going to be a long day! On release Sam gets slammed in air and into pit walls, he is literally getting man handled by a bigger stronger dog. But the entire time he is chewing on the muzzle, little by little Sam comes to the top on the ears and holds him out. Then Sam takes his shots at the throat at about 39 and then controls the lead picking his spots and staying out of trouble, Chato slows down at about hour mark and Sam goes for dear life in throat at 1:20 it is clearly evident that we are going to win and Chato is going to die so they pick up. Making Ch Sam 4xw, for the first time Sam took some heavy damage from a hard mouth, smart, big ass dog, but he wins on gameness and intelligence and incredible finish! Enrique calls week later and says a 24 dog card in Mexico City and that Chavez club is asking specifically for Ch Sam so I say lets do it! We are 7th show on 16 show card! Sam is two weeks out and feeling great, get blood work and am 44 points htc and all green.

Sunday I rest him up and see his eyes are white and gums are pale. I go Monday to get pac cell and manual test says 28…. SHIT not a chance this will work and now I am screwed, I go to top vet in city and get complete blood work and am at 26 means I need a blood transfusion. I find a donor dog and get 450 litters in 12 hour transfusion the Wednesday before and rest him up and jump in car for 13 hour drive on Friday night! We arrive in the 4000 meter above sea level and with no hemoglobin or red blood cells, I think pay forfeit but here it’s half the bet so I can’t afford it! Chavez club weight Russo 1xw and shit if it isn’t a BIG ass dog again, Weights 43.4 and I am light, Sam is a real 42.5! Only bad water had me heavy now at scales I am hair under 43 with bottled water keep! Sam comes out fancy on the ear and literally does not let Russo get a single bite going from muzzle to ear to throat! Sam has a great style, comes up fancy on the ear, and dances avoiding mouth, then flips them on their back and hits kidneys and throat, a real ace of a dog with a good mouth! At 20 Russo fades and at 22 Sam is finishing deep in throat and Chavez club concedes match making Sam jr. Gr Ch. in 22 minutes at the young age or 2 years and 10 months one month behind grandfather Machobuck! We are proud of our Andy Capp clone he has come along way and his sister has won in 22 and are looking forward to her championship!! This Gr Ch. is dedicated to D-town for all the friendship and that great keep still kicking ass! We will make sure we will see you sooner than you think buddy!