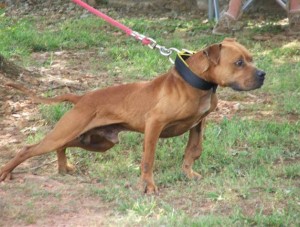 Airplane’s 1st and 2nd were against Carolina Knls. He stepped in when others failed to show up. Airplane came in at 43 lbs against one that weighted 51 lbs. Carolina stopped it at 22. They brought in another at 52 lbs shortly after but Airplane caused them to pick up in 25. The late Caveman reffed AIRPLANE’s firs two. A couple of months later I met up with Airplane’s owner and set one up with my twotime winner, SVK’s B-DOG ( aka Hick’s BDOG). Both came in at 43 lbs. WFO reffed this one. After 59 without holds, B-DOG failed to scratch. 4th and 5th were at 43 lbs against Old Man Nate. AIRPLANE finished his 4th in 36 and Nate picked up the 5th at just 25, realising he was being destroyed. Everlast refereed. 6th and 7th were against RCK. 6th was over in 22 and the 7th lasted 24. Now, I’ll give you the story of how I attained Airplane a.k.a. Dr.Death.

After losing the race against Hitman, we became friends you might say. My wife and I went through a rocky time in our marriage a few years ago, and I asked Hitman to put my older producing dogs on his yard while I worked on my marriage. While my dogs, Miller’s CEE CEE, SVK’s SAINT ANGER and several prospects ere on his yard, we had a methhead/dopehead give our names up to get himself out of serving time for drugs. Needless to say, Hitman had to get rid of several of the older dogs, mine included.

After my wife and I worked things out I went to pick up my old stock. Hitman told me what had happened and being as he hated what was done, he gave me AIRPLANE, of course with full breeding rights to him when he needed. AIRPLANE has been producing great percentages, but hasn’t been bred to many females. He isn’t open to the public, but I’m certain you will hear from his offspring really soon. I will see how this letter finds you and perhaps send you some more information on several dogs AIRPLANE produced.