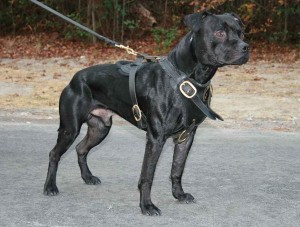 We started by going into an ace in the making in Magic Mike’s Champion Stretcher at 47 lbs. He was only a 2 w at the time but he went on to win to more , one of them against a champion , after his loss to Vengeance. This was in our opinion his toughest match. By the five minutes mark both cars had a blown front tire. It was an all out war until the hour and five minutes mark when Vengeance blew Stretcher’s rear tire. Vengeance ran six scratches with a blow front tire and Champion Stretcher ran five.He could not make his sixth at the hour an twelve minute mark because he couldn’t go on two tires. Our thanks go to Magic Mike, for giving us the opportunity and for being a gentleman.
After talking to RCC , he hooked us into the legend H. Hargrove with his 4w Black Jack at 47 lbs. Vengeance blew through him in twenty-eigth minutes, finishing in the rear. Champion Black Jack could not stand to run his first. It was then when we realized we had a unique one because it is not an easy thing to do to travel and defeat one of your idol. Thanks to RCC and to H. Hargrove for the hospitality and opportunity. May god bless you fellows always. Steve , this one was for you Dirty. RIP.
After a good rest, we set our sights on the highest bidder, which ended up being Lone Rangers Bojangles 2w at 47 lbs. He gave us hell for about fifteen minutes but this is where the will to win came in and the truth came out. Vengeance went to the back door and destroyed the rear systematically and by the forty-three minute mark, Bojangle’s owner picked him up and he could not run the courtesy. Good dog, good serious people. Thanks to Long Ranger an Clarence for the opportunity to make Vengeance a Champion.
By now Vengeance’s name had begun to grow and southern kennels caught wind of it and called us out with Their Champion Poe Sam, which according to then was the best forty-seven, they even enlisted the help of Super Kennel Jason to help them in the conditioning. We really didn’t want want to do it because we had considered them friend up to that point , but you live and you learn in these dogs. Champion Vengeance destroyed Champion Poe Sam in forty-one minutes, making he curr out hollering and proved to everyone he was the best. After that they went on to talk trash, but who gives a damn, some people do not take well to loosing. The truth shined brighter than ever that night. Thanks to Don King and Clarence for making this one happen. 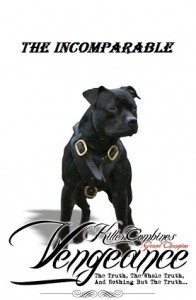 We collected five forfeits after that, two of them from Champions. Finally IMK got a hold of us and told us about State Penn Kennel’s Wack 1w and that they thought the world of him. They were willing to back it up heavy, but the catch was that he was a 52. I told him no way because it was too big of a difference in weight. After a couple of days of thinking it through and since we had been open for awhile without luck, we accepted with one condition, that they gave us compensation for going up in weight. They agreed and it was on. Wack was supposed to be a fancy dancer but his much larger frame worked against him. Old smar Vengeance went right under him, straight to the rear and never came out. State Penn asked for a scratch to continue at the ten minute mark. We gave it to him and Wack could not go at eleven minutes. This was David and Goliath all over again. Thanks to State Penn Kennels and IMK for the opportunity to make GRAN CHAMPION VENGEANCE.

We would like to thank all who helped in the making of Grand Champion Vengeance.It will forever be our honor to be a part of his life. Thanks you my son, you will always remain incomparable in our hearts and minds.