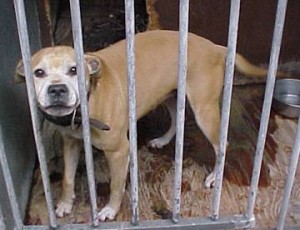 Before I’ll tell you the life story of this game little 30 lbs p.w. female, I’ll tell you about her ability to produce winning long-winded hard scratching game dogs which should made any dogman proud.

When bred to F.W.K.’s 1xw ”Dutch” (Maloney’s Ch. Bert x Hall’s Hot Load) she produced the 1x winner in 2.04 Milkman’s ”Spike”, defeated KKK’s ”Champ” on a hot Florida summer night, proving to be deadgame by running his courtesy to collapse dead in the others corner after a brutal battle. He was one game brother. Milkman’s ”Mad Max” who was never matched but sold and vanished out of sight and a game sister, Junk Yard’s ”Pinky” who was stolen, and 3 other males were culled at F.W.K.’s yard.

When bred to Cobra’s 4 x winner Ch.”Speedy” (St.B.’s 1xw Rooster x Cobra’s Messa) she produced F.W.K.’s ”Joop” a deepgame winner of two contests. He had a game sister, Care Taker’s ”Suki”, who just like ”Joop” died on a young age due bloodcancer, two b###hes were placed by Cobra for brood, one male he culled, and another male was culled at the yard of the Iron Captain.

When bred to Roberto & F.W.K.’s Ch.”Ginger” (Bros’Ch.Handsome x Bros’Neutron) she produced 2xw 1xl Underdog’s ”Fred”, who’s showing in his last and winning match he’s deadgame to boot, and F.W.K.’s Ch.”Dollyson” who lost his 1st in a game effort to Tex Mex’ Ch.”Bimbo” and went on to defeat 3 opponents the hard way later on in his career. His littermates and brothers ”Ajax”, ”Ginger JR”, and another male, who his name slipped my mind, are still alive on various yards, their only sister ”Red Jacky” died during a roll due heart faillure.

Glad to know that she’s been bred two more times and that there are youngsters on the campain trail and old ”Dolly” pups on the ground at here. So far about her offspring, here the complete story how I obtained, raised and campained this little pitdog.

The ”ROSITA” vs ”DOLLY” match. A classic battle.

An ol’ aunt of mine gave me a phonecall about 11 years ago and she was telling me that her son had a little pitbull pup who was too much to handle, and if I was maybe interested to have the pup. At this moment I was loaded with dogs and didn’t have the space for even a little mouse, but to help my nephew out, I decided to go and look at the pup, maybe it was a wellbred one and could be farmed out. When I was entering in my familie’s house a Cocker Spaniel was jumping on me and out of the living room came a very little, thin buckskin pitbull b###h running to the Cocker and grabs him by the ear. My nephew’s wife was shouting to the b###h to stop, with no avail. I was laughing all the time and released the poor Cocker. I said to my nephew ”hell, she is a nice pup man !”. His reply was that she was driving him crazy and if it is normal for a dog to have this behaviour. I told him that he doesn’t have a average street mutt but a dog who was probably bred for combat purposes. He didn’t like it at all and was almost begging me to take the four month old b###h with me home. I asked him if he had any papers on the dog and his wife handed me some ADBA papers which showed that this little firecracker was sired by Champion ”Ben” (a 4x winner) out of ”Red Danger” (a 1xw in 2.04), dogs I had knowledge of. I was really surprised to find such a well-bred pup at this place and left of course the house with the bitch, but not before I had released the pup again to grab the Cocker one more time.They were pissed and I was walking to my car all the way smiling, because I had a little firecracker on my leash.

Arrived at home my wife and daughter liked the pup immediately,  since she was really sweet toward people, specially children but I had still the problem that I haven’t enough room to place the pup and was calling a friend of mine to farm the pup out. When I was on the phone a friend of mine was entering into my house with a big 55 lbs chocolate coloured pitbull who really pulled his leash hard.”Hell,what’s that ?!?”, he was running in the streets, looking for some trouble I guess, my friend says. I recognised this big dog as the dog which was owned by some fellas who were doing a lot of terror in the streets and treating people with their pitbulls, the kind of a–holes that gave our breed such a bad reputation in our home town. I was still on the phone and told my friend that I had also got a big, bad male with no breeding, maybe you want to have him too ? He said.”yes bring in the dogs”, which I did.

The chocolate ”stolen” dog was rolled for 45 minutes, had shown no talent at all but was to our suprise looking game, but I decided to gave him to a farmer as a guard dog and probably he’s still around. Anyway the little pup, which I decided to name ”Dolly” was brought to my friend and picked up by me about one year later, when I heard that the owner of dogs such as Champion ”Harley”, Champion ”Speedy” had obtained a b###h bred by Pat Patrick from St. B. Kennels and was standing open at 30 lbs.

My ”Dolly” was rolled at the early age of ten months without my knowledge into a game Cotton’s ”Bullet” b###h,”Dolly” killed her in seven minutes. I rolled her into my strong ”Mask” b###h as soon as I had her back,”Dolly” and ”Mask” fought for 20 minutes, both determinded to wreck each other completely. I stopped the roll due to the fact that I was afraid of loosing them both.”Mask” was matched later on against Peter Parker’s 6xw Gr. Ch.”Rasta Girl”, who was going for her Championship into my dog. We lost this very hard one in 1:08, both dogs had really destroyed each other and I was not to save my dog. ”Rasta Girl” had a hard time also, but finally recovered and won 3 more, one of these against Tattoo Ron’s ”Nona” in 24 minutes, also a dog of my kennels originaly.

I had defeated Cobra before when we were matching my ”Jail” b###h into his ”Red” b###h ,I won this one in one hour and fifty minutes, ”Jail” was the dam of ”Mask” and from the 1x winner ”Gary” who had beaten Giant Kennel’s ”Bolio”, a son of the famous St. B.’s ”Dylan”. We agreed with each other and a match was made, Scarface as referee. By the command let go the dogs meet each other hard in the center of the pit, ”Dolly” riding the head, ”Rosita” going for the chest. Both dogs can bite hard, but ”Dolly” seems to have the better of it. At about 30 minutes both dogs going down, ”Rosita” comes through and goes for the chest, a turn claimed on ”Dolly”, but even Ray Charles could see that there was in no way a turn made and also the referee says no turn. ”Rosita” was building up a lead now, and both going on real fast and determined  the crowd goes wild when both dogs going down again and swapping stifle holds. ”Rosita” coming up first rooting real deep into ”Dolly”s chest, who is on the floor with a hold on the underjaw, unable to come up. ”Rosita” is dragging ”Dolly” through the pit, ”Dolly” goes down fast now, she try hard to come up but she is not strong enough anymore. Out of frustration ”Dolly” is crying out and one of the spectators, a well known dogman,shout out loud that my b###h is gonna die and that I am a scumbag or something like this. I watched my b###h struggling for life, still determinded to wreck the other dog and tell Cobra that he can scratch his dog to win if he like. Dogs were broke off and ”Dolly” laying down, stretched out completely, I think the same nitwit shout out again, that the dog is dead, I’m quoting Earl Tudor says ”Hey ! you want to see a dead dog scratch ?!, ”Rosita makes a real fast scratch and won, ”Dolly” soon as she was released cries for more and was giving one of these amazing, stumbling, deepgame, wide open courtesy scratches. The crowd was going wild, ”Rosita” the winner in 1:10. Several fanciers told me afterwards that they had just saw the best match of their life .I was driving home with a badly wounded dog who had lost but who had satisfied me completely. I was bringing home the real McCoy, a damn little game bulldog which makes me proud to own.

”Rosita” was sold to Bad Boys Kennels and won two more in short order, a real good fighting dog, who had showed to be a game one also in her first match.

PS:About that stolen dog we had, I think snitches and dogthieves are the lowest kind of scum in the sport, and I don’t have any compassion for this kind of people, but let me tell you all this, when some idiots are running in the street with our breed of dogs, don’t hesitate to take these dogs away from them before somebody gets killed.