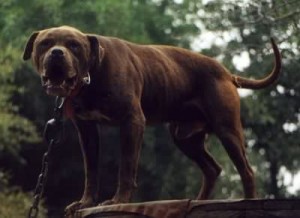 Back in the early eighties, after Rufus had died, I still owned and had access to several of his sons, all of which I felt had the genetic possibilities to carry on and produce the dogs that I liked. One of the last was a dog called Pig that was registered as Snort. He had produced his share of really good ones, in spite of not being bred to that many bitches. He was bred to Rennie B in 1990 and it was from that breeding I got Park Son and a couple of very nice bitches. This was what I figured would be a special breeding of sorts since Rennie B was off two of my all time favorites, Andy L, and Batima. Andy L was off of Rufus bred to one of his best daughters, Michelle, who was in turn off Rufus and Black Sister. Black Sister was off Stomper and Bonnie Boots. That combination of the Alligator-Bully breeding proved to be some of the best of that era and has held together much better than ever I expected it to. Pig was off Rufus and a Carver bitch I called Maurice, that was off Stompanato and Missy Lou. She came directly from Maurice himself, so you can understand why I felt this was a breeding that certainly had possibilities and the genetic structure to not only be good itself, but pass on those traits that this family famous for.

I planned to keep the whole litter, but had become good friends with a young man from California named Don Park. He was quite a colorful guy of Korean dissent, and when it came to dogs, wanted only the best, so I agreed to watch for him that special dog. The male pup from that litter off Pig was such a shiner that I decided to let him have him and just keep the two bitches. His interest was in one that could not only be his buddy, but catch a hog and let him know when the riff raff was around. The tall, lanky, chocolate red male from the litter that was the shiner looked to be the ticket for Don. He agreed and his name became “Park Son”. We stayed in touch and he seemed to be going to fill the bill. In the mean time, the girls were doing well and certainly looked to be an important part of my breeding program. Don Park was unique in that if he wanted to do anything, he would just jump in with both feet and do him homework and research as he went along. A little different than the way I do things, but it worked for him. He had dogs up a couple years old he felt were ready to catch so here he goes, out by the landfill, where the hogs had become a problem, with a couple of the pooches and a Rambo knife, in the middle of the night. The old time hog hunters tell me Don was very lucky not to have lost a dog or two or gotten killed himself. Seems this is really not the way to start out, but it only cost Don a huge vet bill and several hundred stitches in the dogs. Park Son was still just a big pup at the time so he missed out on this action. In the mean time, Don was having difficulty with the animal control for having too many dogs, so he offered to send Park back to me and he could get another pup later. I was ecstatic, and even though I did not have a place for another dog, I made one and Park Son came home. To this day, Don has yet to get his pup and if I live to be 100, I will always be indebted to him for sending Park back to me back to me, when he could have sold him for a pretty good chunk of change.

When he got here I could tell he had been given only the best of care. He was bigger than he probably would have been had he stayed in my kennel, due in part to maximum nutrition of the best type and plenty of exercise.

To say I was tickled is an understatement, since I had nothing else bred like him to use in my breeding program as a stud. I bred him pretty soon after to get him established and see what his ability as a stud would be. One of his sisters, had a litter or two and the other, a red like Park never produced a pup in her life.

From the start, Park Son was bred to only very high quality bitches, so his ability as a producer may have been overrated, but he certainly did his part, in spite of the enhancement factor of those special, almost custom bred bitches we backed up to him over the years.

I could go on forever and tell good stories about Don Park and Park Son, but will save those for later or just keep them to myself.

By the year 2000, Park Son had done it all and was established as one of the better stud dogs in the world. He was ten and looked five and rarely missed in his endeavor to reproduce.

In September 2002, he had developed a cough and I could tell he just wasn’t one hundred percent, so went to the vet. I told him going in Park had that cough we used to see in older dogs with heart worms in the advanced stages. After an exam, He took blood and sure enough Park was positive for heart worms. We agreed that he couldn’t have a heavy infestation, since he had been on Ivomec all his life and it wasn’t feasible to treat a twelve year old. We got him on Lasix and a broad spectrum antibiotic, and in two days time, no cough. Even got him bred to a couple bitches, but no pups. He was feeling spunky and sure nuff up to snuff by mid-October, but when I tried to breed him in early November, he just couldn’t get it done. He was fading and the cough came back by mid November. He was eating good and looked fat and healthy for the cold weather, but I could tell he was off. He would lay in the sun all day everyday as those old dogs often do, but the spring was gone from of his step. I had begin letting him spend the night with Stagger Lee, one of the old granny dogs and they sure enjoyed getting to snuggle together at night for warmth. By the end of November, I had him back to the vets and he checked him out and said there was nothing we could do, but make him comfortable. Seems he had developed congestive heart failure, complicated by kidney dysfunction. I kept him on the Lasix and started adding kidney stimulant to his ration, which he still consumed to the max, only slower than usual. I expected to come home from our dog show and bury him, but he is actually looking better and Sunday, December 1, 2002 he is doing some better and feeling good. Monday Chad and Aimee were still here from Iowa and John from California and Park was the celebrity and he knew it. He laid down on his chain in the sun and just watched all the “goings on” around him that morning, with that steady cough with every breath and tail beating the ground from time to time. After everyone left I went down to check on him and he got up for me to pat him and ignored the food I had put down for him until I walked off. I told him goodbye and made a run to the feed store. When I got home, I started down back and did not hear the cough and knew he was gone. There he lay in the sun looking like he was just taking a nap. It was a relief for me since I refuse to let one get down on me or suffer too much, and I would have hated to have to put him down. I dug the hole and only then realized as I picked him up just how big the old guy was. He always moved so smooth and was so quick on his feet, that he never appeared to be this big. As I buried all sixty pounds of him, I thanked the Good Lord for him and all he had allowed him to do for me. I celebrated his life as I finished up and stood up to look the situation over as you often do when another chapter in life comes to end and there they were, a dozen dogs off Park Son, all different sizes, ages, color, and meant to carry on what had started back with Rufus. Who knows where it will end. I believe Park Son to have been the last Grandson son of Rufus. At times like these you often look back and wish you had done this or done that differently but with Park I have absolutely no regrets. He led a life much like mine filled to the brim with adventure and surrounded by people who loved him. It doesn’t get better than that! 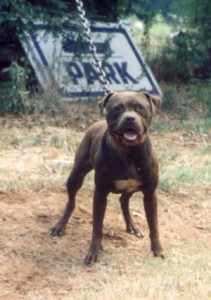 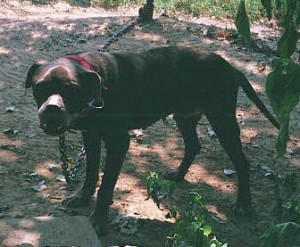