It was December 1989. A few days earlier we had been married and we were now driving south on the Blue Ridge Parkway to visit with one of the most respected legends in the dog game. In spite of the unfamiliar geography, we had little trouble arriving at our destination. The road we were on ran parallel to a mountain creek, and on the other side of that creek we soon spotted what we were looking for, a large wooden sign nailed to an old apple tree that read:
THE OLD MOUNTAIN MAN KENNELS
GAME AMERICAN PIT BULLDOGS 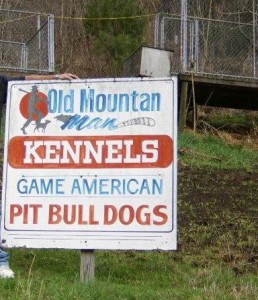 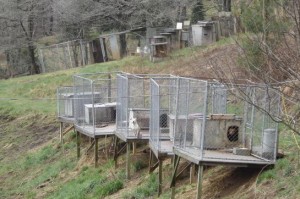